Adacotech Incorporated (headquartered in Chiyoda-ku, Tokyo; Ryota Kawamura, CEO; hereinafter referred to as “Adacotech”) has raised a total of 1.1 billion yen through a third-party allotment of new shares, with Real Tech Fund and Spiral Capital as co-leads, UTokyo Innovation Platform (UTokyo IPC) as new underwriters, and existing investors The University of Tokyo Edge Capital Partners (UTEC) and DNX Ventures as underwriters. With this latest round of funding, Adacotech has raised a cumulative total of 1.5 billion yen.

With the mission of “accelerate the evolution and revolution of manufacturing”, Adacotech has been researching and developing image analysis technology using the Higher-order Local Auto-Correlation (HLAC) feature extraction method*1 developed by the National Institute of Advanced Industrial Science and Technology (AIST) for 16 years. Adacotech provides the world’s one and only software that enables more efficient anomaly detection than ever before, and has provided its software to a cumulative total of 145 companies, including major automobile companies, and in the last fiscal year, Adacotech expanded its business overseas to Germany.

As a deep-tech company from Japan, Adacotech will continue to establish a technological global standard in the field of manufacturing inspection and promote DX for the entire industry.

【Background of the Finance】

The inspection market in the manufacturing industries is worth 30 trillion yen, and it is said that 95% of this inspection work is carried out by human eyes. The market faces many challenges; shortage of human resources due to the declining birthrate and aging population, restrictions on the number of people entering factories due to the impact of COVID-19, and high quality assurance in the midst of a shortage of human resources. Although numerous AI companies have attempted to solve these issues, image analysis of inspections, which requires high accuracy with a small number of data samples, has been difficult to achieve.

Adacotech’s technology using AIST’s patented technology (HLAC) has the following features:
・Can be started with as few as 100 normal data samples (unsupervised learning), and can be processed more than 400 times faster than Deep Learning
・Low cost and low barriers to introduction because inspections can be performed on general-purpose computers
・Explainable logic solves the black box problem of Deep Learning
The system has achieved a highly accurate defect detection rate in automotive parts such as engines, electronic parts such as printed circuit boards, and semiconductor products, and is being evaluated and operated on many production lines.
In addition, Adacotech’s technological approach to the above issues has been highly evaluated, and it has won both the ICC Summit Startup Catapult and IVS Launch Pad, one of the largest pitch contests in Japan,  as well as the prize of ICC Summit Catapult  held in February of this year.

◆Use of the Series B Funding

As a new business, Adacotech will launch an embedded model and promote sales expansion by generating synergy effects through collaboration between Adacotech’s technology and other companies’ products. As for existing businesses, in order to expand the scope of services and promote global development, Adacotech will expand its development, sales, customer success, and other structures and proceed with plans to triple the size of its organization to 60 employees. In addition, Adacotech will accelerate DX in the manufacturing industries by promoting the use of data from factories, which has been considered difficult, toward our long-term goal of building a platform for utilizing data in factories. 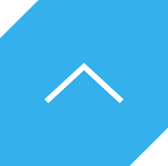